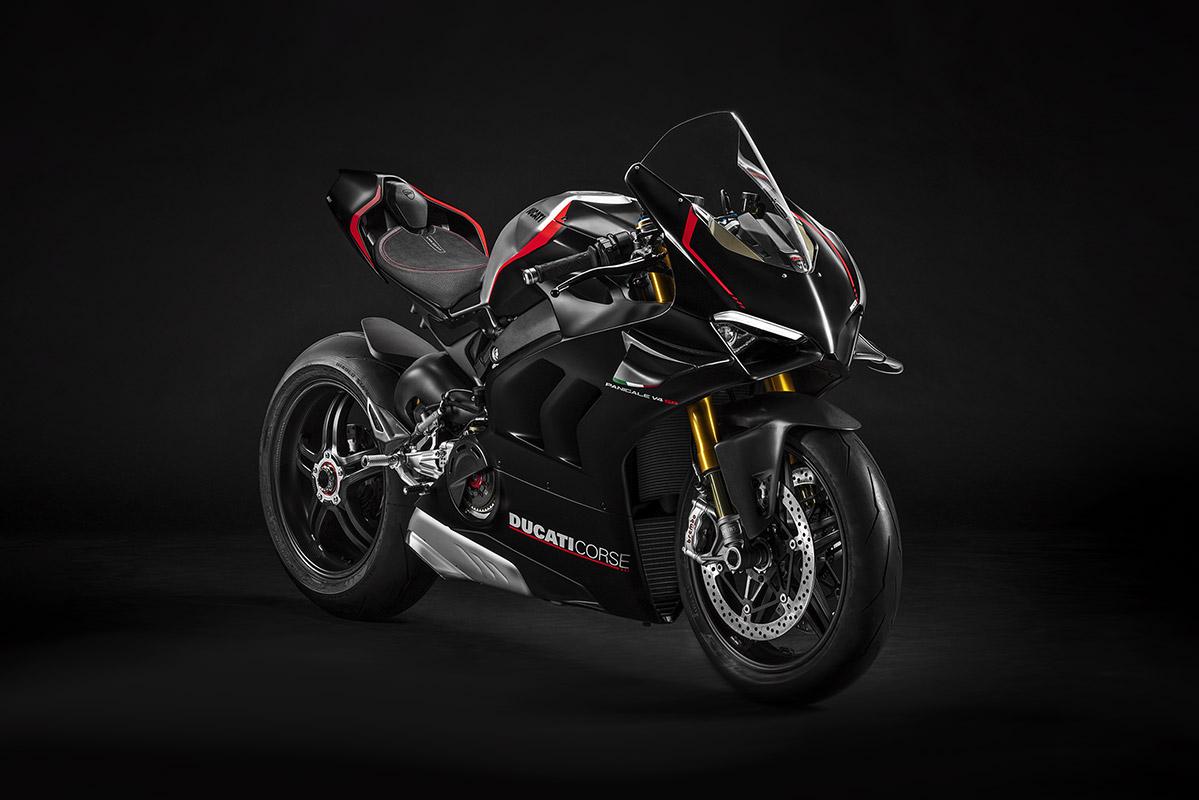 Ducati expands the Panigale V4 family by introducing the new numbered Panigale V4 SP version, which certifies the return after many years of the initials “SP” (Sport Production) on the fairing of a Ducati super sports bike. Ducati expands the Panigale V4 family by introducing the new numbered Panigale V4 SP version, which certifies the return after many years of the initials “SP” (Sport Production) on the fairing of a Ducati super sports bike.

Introduced for the first time on the legendary Ducati 851, this abbreviation identified the versions that formed the basis for the development of the racing bikes used in the Sport Production Championship, precursor of the current Superstock.

Even today, in Ducati, the acronym "SP" is used to recognize a production bike with specific technical equipment that makes it faster on the track. Thanks to its technical equipment, the new Panigale V4 SP is the ideal bike for the amateur who wants to hit the track and be fast immediately. The bike is easy to ride and requires little physical effort, regardless of your riding skills. The quality of the bike under braking is extraordinary, as is the lightness in going into the lean and the tendency to close the line. An amateur rider on the "SP" will be faster than if he were riding the more demanding "R" version. Essential and fascinating, the “Winter Test” livery that characterizes the bike is inspired by that of the Ducati Corse bikes used in the pre-season tests of the MotoGP and SBK Championships. The matt black of the fairings, combined with the matt black of the carbon of the rims and wings, contrasts with the bright red accents and the shine of the exposed brushed aluminium tank, giving a truly professional look to the bike. The new Panigale V4 SP also stands out for being equipped with contents derived from the Superleggera V4, such as the lightweight 5-spoke carbon wheels, the exclusive Brembo Stylema R® front brake calipers and the Brembo front brake pump with MCS (Multiple Click System) and "remote adjusting" device. In addition: the steering head machined from billet which shows the progressive number of the bike and the adjustable rider footpegs in billet aluminium with carbon heel guards. The equipment of the Panigale V4 SP is completed by the adjustable rider footpegs in billet aluminium that allow the rider to find the optimal position in the saddle, by the carbon front mudguard and by accessories that can be used on "track days", such as the open carbon clutch cover, caps for removing the license plate holder and mirrors, as well as the Ducati Data Analyzer + (DDA +) telemetry kit with GPS module that allows you to professionally analyse your performance on the track. 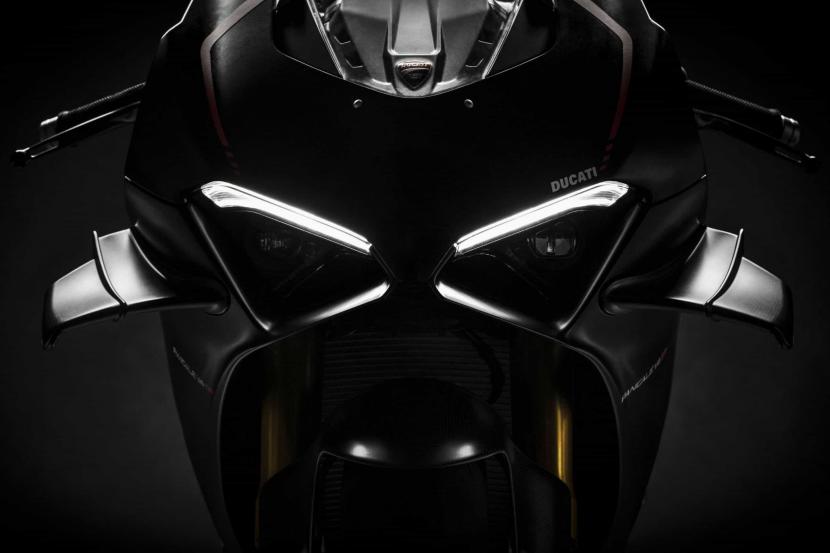 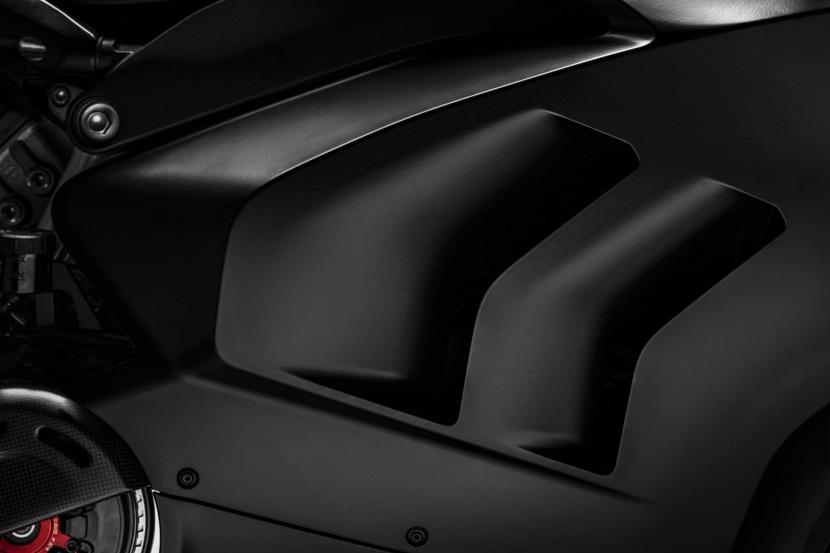 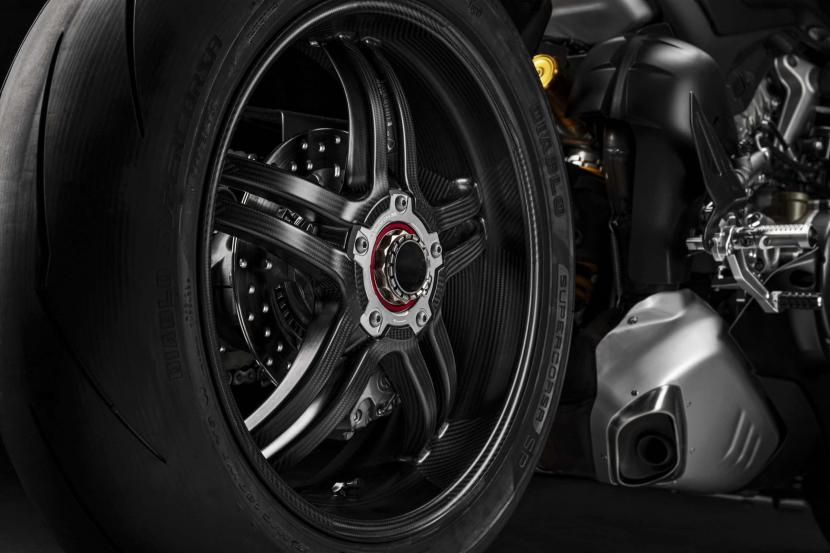 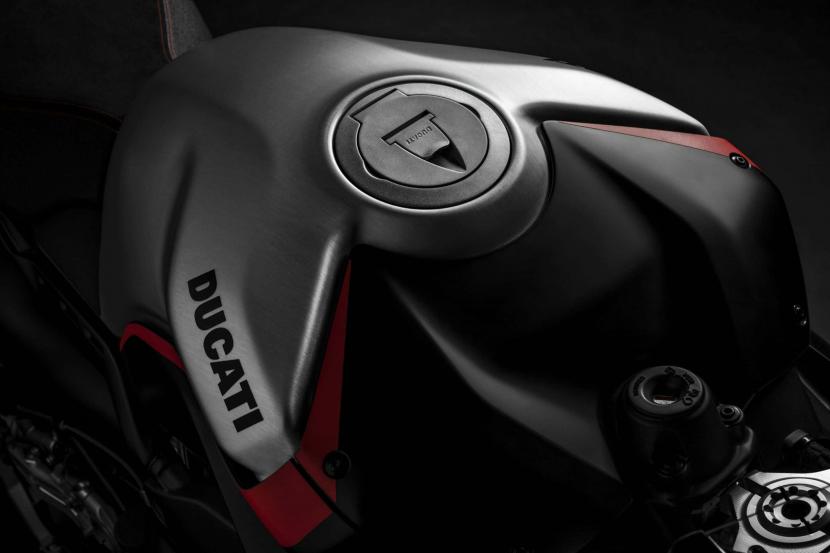 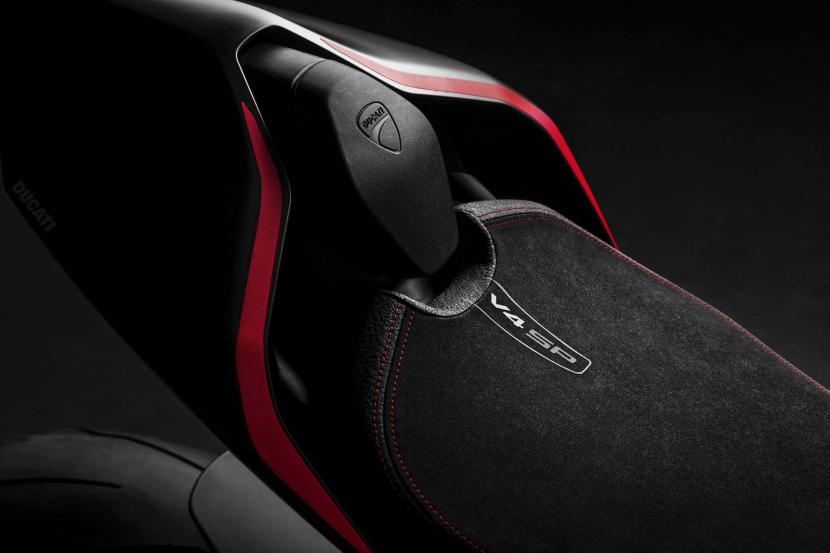 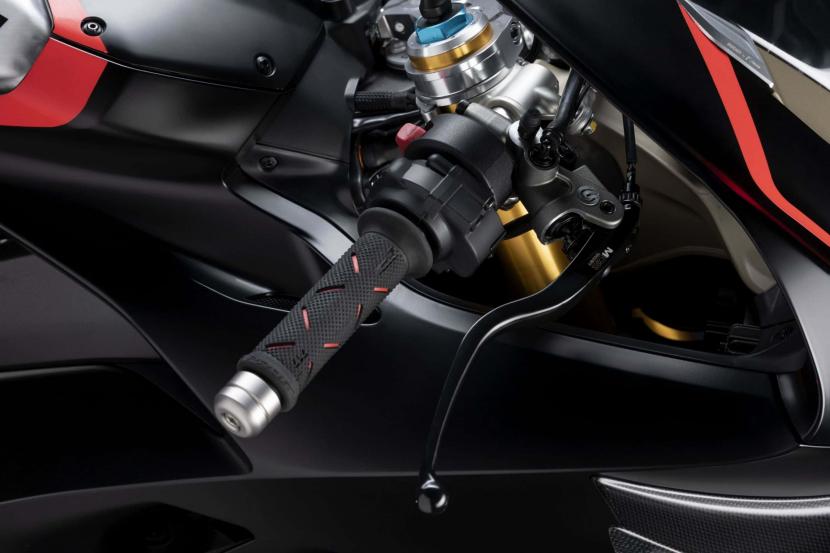 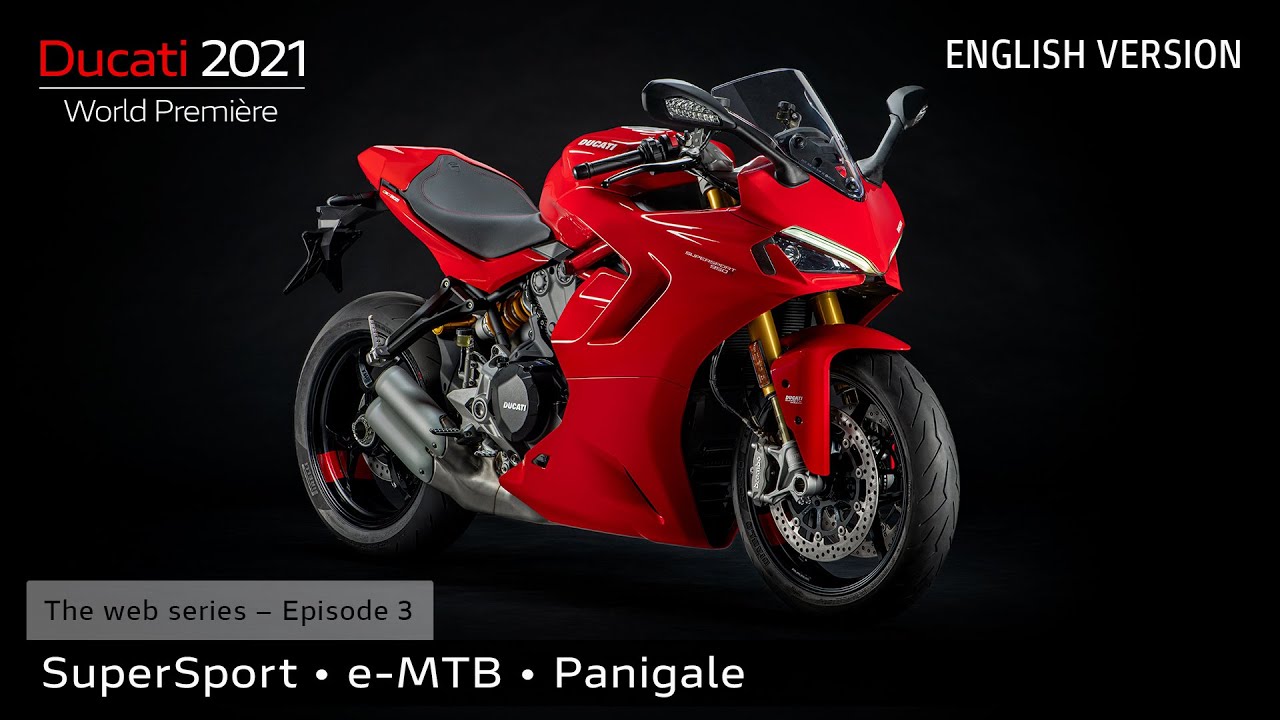 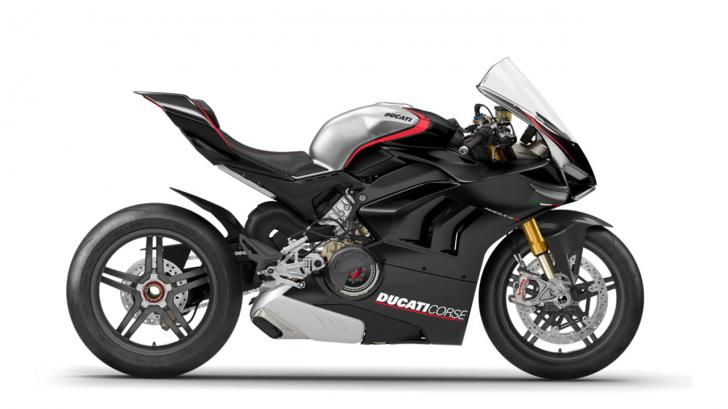